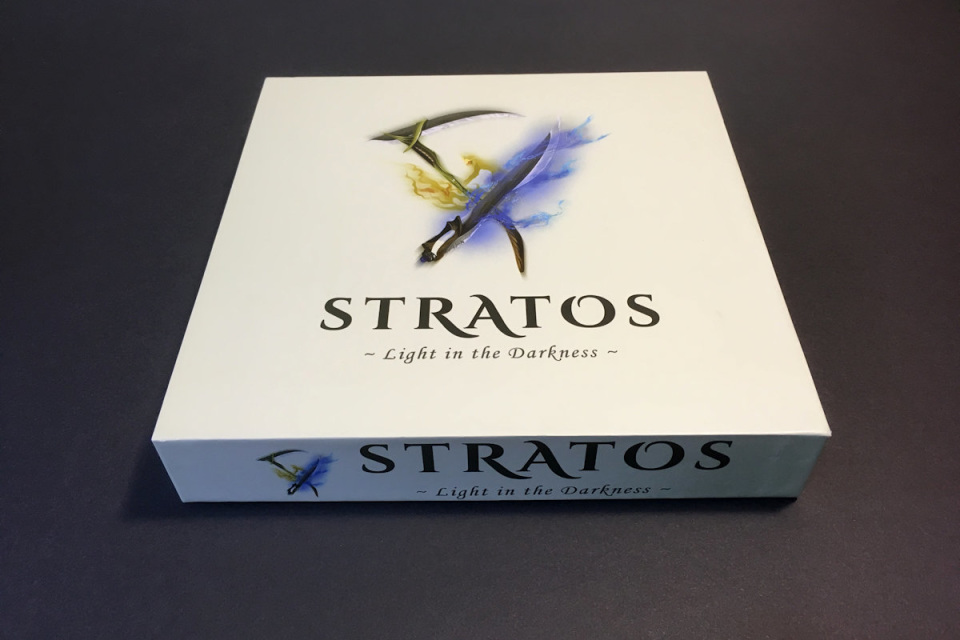 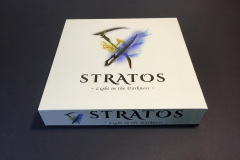 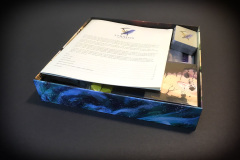 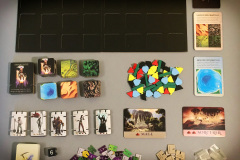 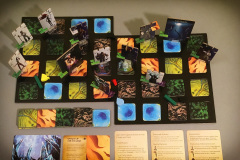 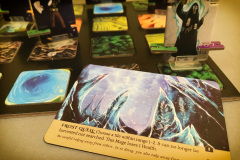 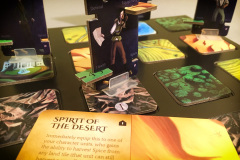 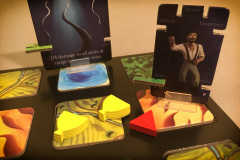 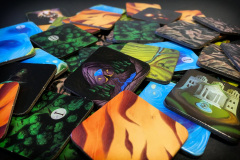 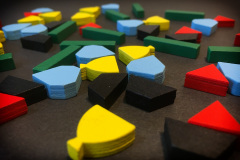 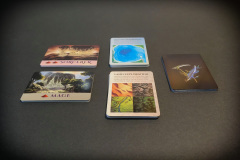 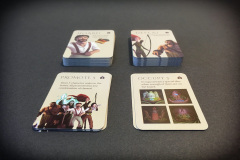 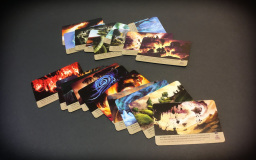 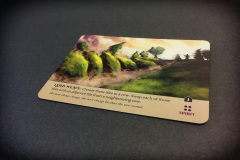 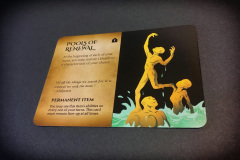 Stratos: Light in the Darkness

NEW Powerful monsters emerge from beneath the land. 2 players per box, 354 pieces.

The game contains a generous number of pieces with high-DPI printing on premium-grade punchboard for a nice hefty feel to all game components. Everything is contained within a large, premium game box with matte finish for a smooth, soft look.​​

Story for Stratos: Light in the Darkness

It has been one year since the five tribes of Stratos began their journey, each carving their own path to prosperity in this fabled land whose splendor exceeds even the legends of the old times. Lands were settled, homes and castles built, and people flourished. Resource have been abundant, and even began appearing along fault lines, almost as if they were gifts from beings dwelling below in the darkness. The people thought of the gifts as a blessing.
​They could not have been more wrong.
​First came the Iggamot, from acrid tunnels beneath the forest. Those who survived the incident described not so much its appearance, as much as how they felt its insatiable hunger every time it even began to peer in their direction.
​And yet it left as quickly as it came, as if it were waiting for something more. Fearing for their safety, the people of the five tribes fled the forests for safety among the mountains, deserts, and prairies. And yet in each of those places, they observed the same sorts of gifts appearing along the fault lines, and felt similar yet utterly different kinds of dread, as if there were monsters of a completely different kind lurking about.
Now more than ever, your people feel a new sense of urgency to build and prosper on this new land, calling on the greatest heroes to protect them from both the rival tribes and the monsters that tend to emerge from the darkness emanating from the fault lines throughout the island.
Guide your tribe of people to 10 Prosperity Points before the other(s) – if you survive ... ​

Replacement Parts: We know people lose things sometimes. That's ok, we have you covered. If you've lost or broken something (unintentionally), get in touch and we'll help you out. Replacement parts are free for life.
Rules Questions: Reach out by email or Facebook and you'll get a first response within 24 hours. Even better, you can join our friendly player forum, and likely get a faster response from other players.

We've been hard at work on new scenarios and other goodies since Stratos was completed. You can find a plethora of extras on our resources page. This include an updated FAQ & Errata, a new Scenario Atlas featuring co-op and solo game modes, and more!

Stratos: Light in the Darkness

2x Stratos: Light in the Darkness

3x Stratos: Light in the Darkness